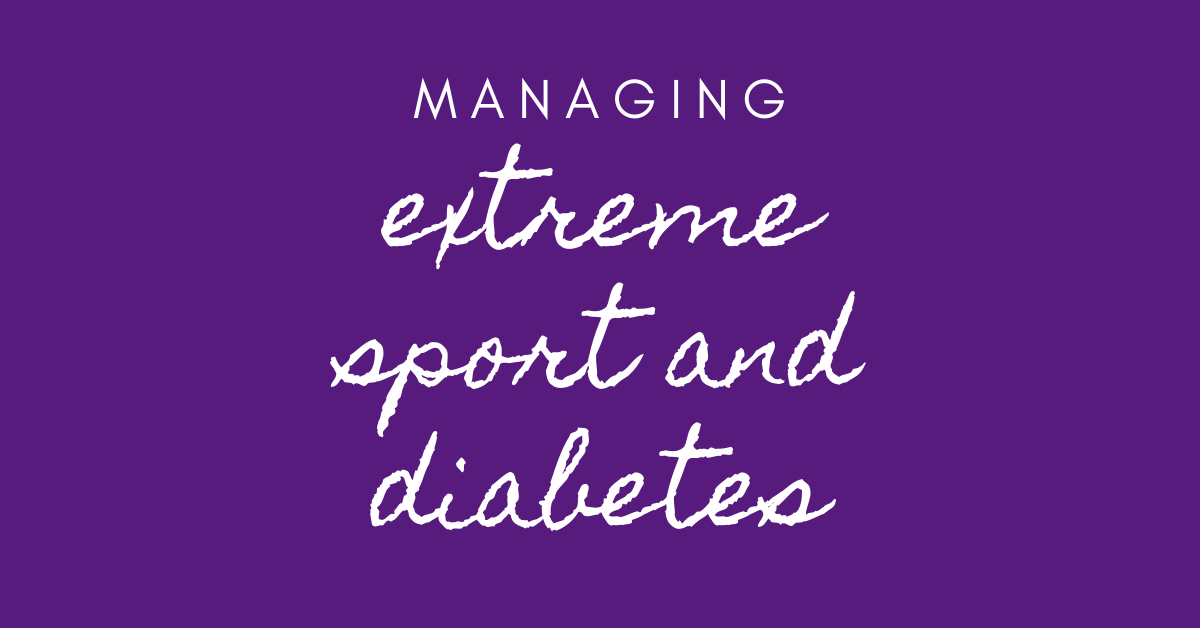 Richard English has Type 1 diabetes – but that hasn’t stopped him from embarking on all kinds of adventures, including a seven day, 1000km cycle across England and Scotland. We ask him for his secrets to a healthy life with diabetes.

When did you find out you were diabetic?

Eight years ago, when I was 25. I had been feeling incredibly under the weather and stressed, but I blamed work and too much partying – I just thought I was run down. Then I started getting all the symptoms: extreme thirst, dramatic weight loss, drinking 2 litres of water a night and needing to pee every hour.

How has diabetes changed your daily life?

Obviously I have to inject insulin before I eat anything, and I test my blood sugar more or less before every meal. Exercise is also more of a need than a want – I always used to exercise, but now I can see the effect on my blood sugar results, immediately. That’s very motivating.

I don’t think I could have adapted so well to life with diabetes if it weren’t for my wife, Casey. She never left my side, and all the dietary changes I adopted she did too. She also helped a lot in the early stages, when there was just too much information for me to absorb. She got behind the science of it and now knows more about low GI and its effect on blood sugar than I do!

Have you always been a cyclist?

I got my first bike when I was 5 years old, and I’ve almost always had a bike. Cycling is a big part of my life, and I really love it. I stopped exercising for about 6 months after my diagnosis, because I was uncertain about what it would do to my blood sugar, and every so often I have to cut a ride short because I’m going low. But most of the time diabetes doesn’t get in the way of my cycling at all.

Can you tell us about the Ubunye Challenge?

The Ubunye Challenge is a triathlon event organised by an old Rhodes friend of mine, Cameron Bellamy in 2012. He decided to raise funds for the Angus Gillis Foundation by doing an extreme cycle, swim and rowing challenge. I joined him for the cycle – I rode for seven consecutive days and covered 1000km through howling gales, rain, sleet and snow. It was in April, which was supposed to be spring, but it was shockingly cold. By the third day, we outran the weather and I saw my shadow for the first time. That was a good moment! 1000km seems like an unbelievable distance, but if you do it in 120km chunks it’s not that bad.

What advice would you offer to other diabetics?

To me, the most important thing is that you have to stay positive and optimistic, because diabetes is not going to go away. As soon as you can smile at it and look it in the eye, you’re on your way to living a happy life with diabetes. The sooner you can get positive about it, the better.

What makes your life sweet?

My wife Casey, my wonderful son Robbie, weekends with friends, good food, my bike, and exploring my new home city of London.

Get in touch with Richard: molorich@gmail.com