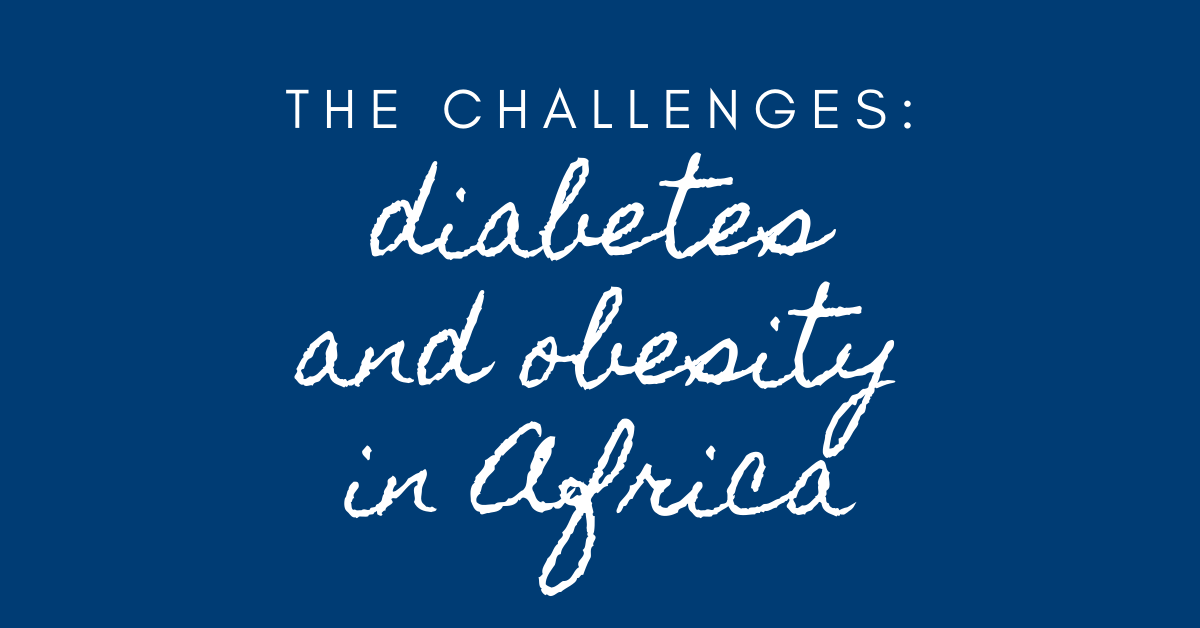 Tackling the Challenges of Diabetes and Obesity in Africa

I was lucky enough to be invited to the most fascinating diabetes conference in Cape Town recently: Tackling the Challenges of Diabetes and Obesity in Africa.

The line-up was truly impressive (more on that below) but what really struck me was how engaged and passionate all the attendees were about the issues of diabetes and obesity, and what we – as individuals, researchers and caregivers – can do about it.

But first! The amazing speakers and their topics.

The first day was chaired by Professor Naomi Levitt, the Head of Diabetic Medicine and Endocrinology at the University of Cape Town. Prof Levitt gave an overview of the issues of diabetes and obesity in Africa, and led the discussions after each talk. Her passion for diabetes research in South Africa is palpable. Professor Justine Davies is a Professor of Global Health from Kings College London and started us off with a talk on Health systems challenges of deadling with diabetes in sub-Saharan Africa. She’s the previous editor of The Lancet journal and gave insights from The Lancet Diabetes and Endocrinology Commission. A fascinating look at just how severe the problem is in sub-Saharan Africa.

Then it was Dr Ankia Coetzee‘s turn. She’s a Clinical Endocrinologist at Stellenbosch University, with a special interest in gestational diabetes. Her talk – Gestational Diabetes Mellitus: The Alchemy of Diabetes Prevention? – suggested that treating those with gestational diabetes holistically can be a key to unlock future Type 2 diabetes.

After a short tea break to let the information digest, Salaamah Solomon, a Dietician from Tygerberg Hospital, spoke about Challenges in Nutrition Education – specifically, how essential it is to make nutritional information as simple as possible so that it can be easily adopted. Then Professor Julia Goedecke, a Researcher at the South African Medical Research Council, spoke about her research into Mechanisms underlying insulin resistance in black South African women, which sparked a whole debate around exercise and diet as two critical components in Type 2 diabetes management (along with medication, of course).

After a fascinating lunch spent absorbing more diabetes information, Professor Tandi Matsha, the Head of the Department of Biomedical Sciences at Cape Peninsula University of Technology spoke about Epigenetics and Type 2 Diabetes. I didn’t know much (if anything) about epigenetics, so this was a real eye-opener for me. And then Dr Sundeep Ruder, an Endocrinology Consultant and Lecturer at the University of the Witwatersrand, took things in an entirely new direction with his presentation about Philosophy in Diabetes – how it is our goal as humans to be peaceful, blissful and happy, and too often we use food as a cheap trick to get us there. (Among many other fascinating points!)

I had to get home to my young children, so sadly I missed Professor Carel Le Roux‘s talk: Can we approach obesity as a subcortical brain disease to address prediabetes and diabetes? I also missed Professor Andre Kengne‘s talk on Diabetes and BMI trends in Africa – both of which were discussed a lot the next day. Then it was time for the keynote presentation, by Professor Jean Claude Mbanya, Honorary President of the International Diabetes Federation (Africa Region and Global), and Professor of Medicine and Endocrinology at the University of Yaounde, Cameroon. He gave a fascinating presentation on Global and Africa’s Burden of Diabetes, releasing the latest research from the 8th IDF Diabetes Atlas.

Then it was Dr Eva Njenga‘s turn to tell us about diabetes in Kenya. She’s the Chair of the NCD Kenya Alliance and the Director of the Kenya Diabetes Management and Information Centre, which she co-founded. They get funding from the WDF and partner with the Minister of Health to make a tangible difference to people with diabetes in Kenya. She spoke about Changing lifestyles to combat Diabetes, Obesity and other NCDs. It was really the most extraordinary two days of diabetes discussions, talks, information sharing and inspiration. I left feeling so motivated to make a difference to people with diabetes in South Africa, and so inspired by all the doctors, researchers and healthcare workers who are so involved in diabetes in our country.

I can’t wait for the next one!